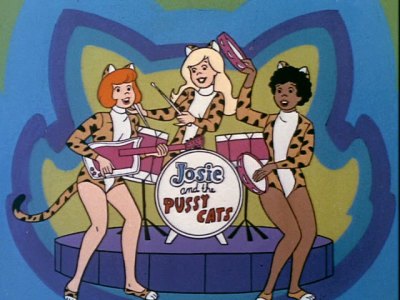 Song of the Year : Psy vs. Carly Rae Jepsen

It’s not much of a surprise to find two relatively new players battling it out for pop supremacy in this strange year of 2012. I wish it could have been The Black Keys vs The Black Eyed Peas but the latter mercifully didn’t attempt any studio output this year. Hell, even 40 minutes of heavy panting and burping could have easily cracked the iTunes top ten singles chart. Similarly, no one could have predicted the long shot success of Gotye’s “Somebody That I Used To Know” and FUN’s “We Are Young”. Yes, music fans wanted something “out there” though not completely out of the ordinary. We live in a culture where opening weekend box office results are the sole measure of a film’s success and where television critics fall over themselves to declare any new cable TV show the next “must see” show. In our case Psy’s “Gangnam Style” is the box office success while Carly Rae Jepsen’s “Call Me Maybe” is our must see show of the year.

Their instant success however didn’t happen overnight. For Psy and the whole K-Pop movement it’s been several years in the making. It’s surprising that it’s taken this long since I first read about Korea’s burgeoning pop scene several years back. What’s even more surprising is that Gangnam Style is sung(!?) in Korean unlike most of his peers who pushed English versions of their songs for US consumption. Even though it had a funny dance and a silly video the most interesting aspect of the song’s success is that it was not a radio hit. Instead it was an internet phenomenon going into the record books as the most liked video on You Tube with over one billion views. We live in different times, my friends. This furthers my point that despite his meteoric “opening weekend” success Psy will have the lasting power of last year’s internet sensation. Remember, “Friday”.

In Canada we’ve known Carly Rae Jepsen since she emerged in 2007 as the precocious 21 year old standout on Season 5 of Canadian Idol. Her third place finish managed to prove that sometimes a nation can recognize a 3 ring star but end up giving the whole circus away to dull eyed cowteens like Jaydee Bixbee and impotent boobs like Brian Melo. It looked like CRJ was destined to tour on the summer carnival series playing small towns like Medicine Hat and Sioux Lookout enjoying modest success and becoming another footnote in the annals of Canadian rock. No, it would have to take the blessing of the Bieber to nudge her into the bloodthirsty waters of female pop alongside conniving sharks like Ke$ha, and Nicki Minaj. She should have been eaten alive, but something happened along the way. Radio listeners and critics gave her a pass much like Kelly Clarkson a few years back. They recognized her tune simply as a decent little pop song that’s sung with no pretension or ambition. It sneaks up on you. “Call Me Maybe” was a summer necessity. You cannot deny it’s tenacity for the hook. It was easy enough to overlook lyrical nonsense like "...before you came into my life, I missed you so bad". Tweens, teens, moms, and even military personnel couldn’t resist it. Who couldn’t? Maybe only death metal fans, but then again…

So what does the future hold for these two? Psy and the whole K-Pop flirtation are finished. CRJ has an even tougher hill to climb. Most likely she will not follow up on this level of success. History will probably be harsh by calling her a one hit wonder or labeling her as the “Call Me Maybe” chick. She will no doubt fall back on the summer carnival series in towns like The Pas and Wawa. Although, I could be wrong on this one. She should take my advice from this summer and hook up with the Broken Social Scene collective and make the 2013 indie album of the year. She should call them, maybe.
Posted by Happy Monday at 16:04